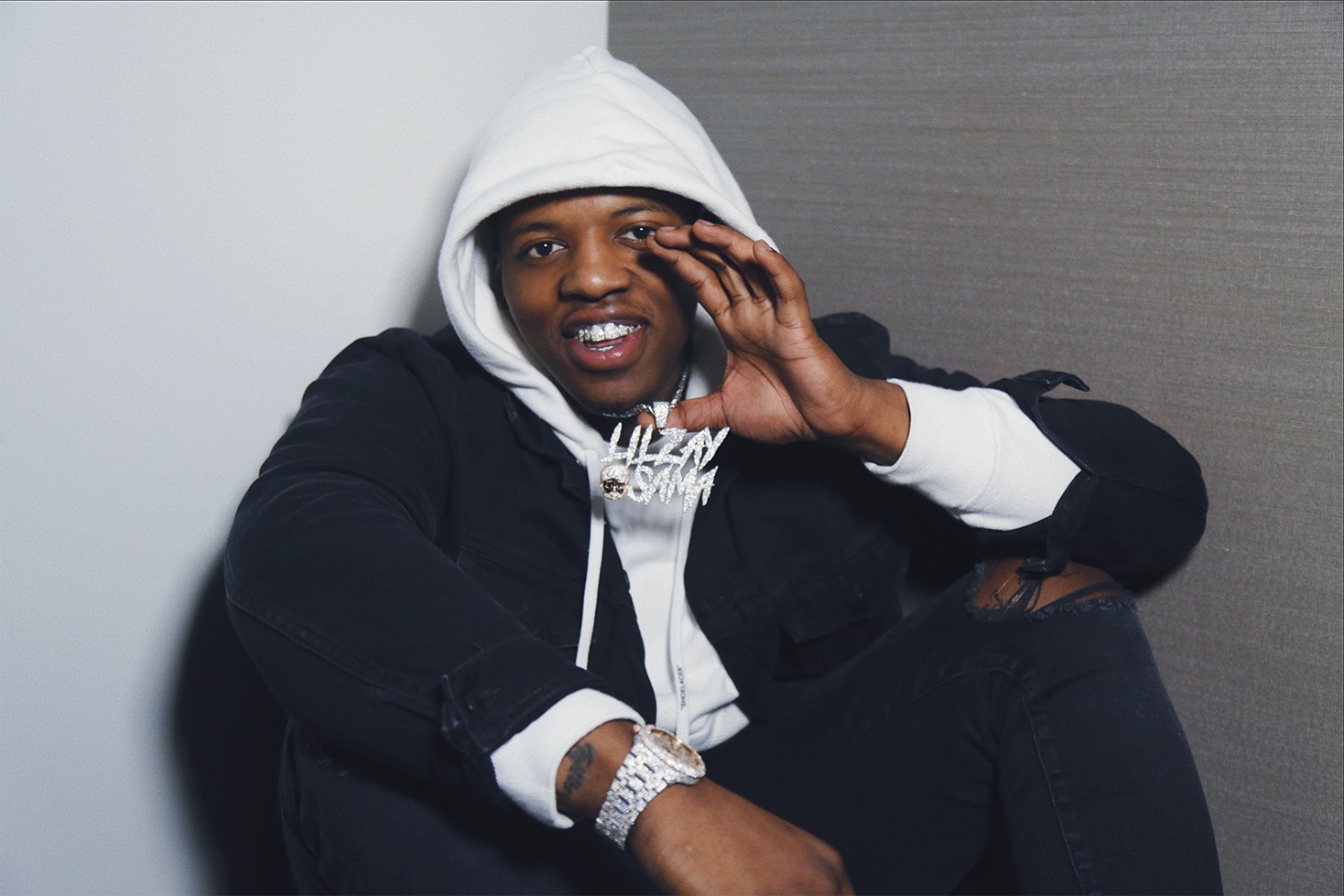 Lil Zay Osama makes “pain music.” That’s what the South Side native calls his combination of raw, gripping lyrics and a passionate delivery. One of Chicago’s most captivating young voices, the 23-year-old pens heart-wrenching street narratives riddled with eulogies for tragically lost family and friends. With booming drums and poignant melodies, somber trap production scores Zay’s tear-stained memoirs, auto-tune accentuating the hurt embedded in every syllable. It’s a sound that’s resonated far and wide, yet these songs talk directly to those born in the trenches.

“My music speaks to people from my community,” Zay explains. “I'm not just talking about stuff that I went through, like sleeping on the floor, being in shootouts, or having my cousin steal from me. That is stuff they go through daily. I’m speaking to people’s hearts, speaking to their souls.”

Throughout 2020 Zay has continued to touch fans. Take his single “Loyalty,” which encapsulates his greatest strengths and the emotional impact of his heaviest songs. In one half-sung couplet, he distills the callousness of Chicago street life: “These streets don’t love nobody / Do it all for a n***a and they’ll still make you a body.” A departure from the more celebratory Hood Bible (2019), which Zay recorded while glowing from signing to Warner Records, “Loyalty” and his forthcoming project Trench Babydistill decades of unsettling truths and hard-earned wisdom.

One of six children born to a single mother, Zay employed every hustle available to him—selling newspapers, playing bucket drums, juggling illicit grinds—to provide for himself and his family. Though Zay was in the street early, he was in the studio well before. Inspired by the music of an elder cousin, he began rapping in elementary. By the time he was “a factor” in his neighborhood, he was a budding teenaged star in the early 2010s Chicago drill scene alongside compatriots like Chief Keef. Zay’s diss songs aimed at local rappers racked up hundreds of thousands of YouTube views, placing him on labels’ radars as well as in the crosshairs of enemies and the law.

At 15, after Zay was shot while committing a crime, he was sentenced to finish his high school years at a youth detention center. There, wrote and rapped every waking hour, waiting for his release. When Zay got out, he reverted to felonious schemes, but this time to pay for studio hours and music videos. The risk of going to prison at a mere 19 years old was high, but Zay knew the world needed to hear songs like “Changed Up”—a chilling track about loyalty, betrayal, and struggle that laid the emotional foundation for Zay’s music and helped get Warners’ attention.

Happier and sonically diverse, Hood Bible showcased the breadth of Zay’s musical talents. He moved effortlessly between rap and R&B (“Talk to Me Crazy”) and made more pop-leaning songs (“White Friends”), further pulling ahead of his post-drill peers. It also put his mic skills on clear display as he went bar for bar with Chicago superstar Lil Durk on the “Trencherous” remix. The set was a perfect storm of style, talent, and lyrics that glanced back before looking forward.

Trench Baby finds Zay returning to and refining the pain music that’s made him one of the most affecting storytellers in rap. He captures grief, trauma, and romantic heartbreak as much as he articulates the joy of survival. “My mindset when I was recording Trench Baby was I had to give my fans the real me again, so they feel it in their heart,” Zay explains. “Just because I got money and fame, doesn’t mean the problems stop. We’re still going through a lot of pain and struggle.”